A Legal Remedy for the Stonewalling of the Presidential Transition 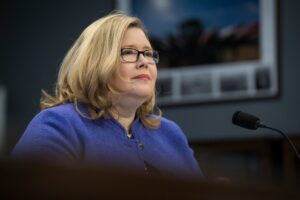 Emily W. Murphy, the administrator of the General Services Administration, has yet to recognize President-elect Joseph R. Biden Jr. for the transfer of power to begin.

If she continues to withhold authorization, the Biden transition team may have to take legal action to force the GSA administrator to do her job.

President-Elect Biden characterized the Trump stonewalling of the transition as an embarrassment:

The following is a discussion of one of the legal remedies available under applicable law to force the cooperation of the GSA in the legally required transfer of power and the transition effort:

In passing the Presidential Transition Act of 1963, Congress explained: “Any disruption occasioned by the transfer of the executive power could produce results detrimental to the safety and well-being of the United States and its people.” To promote the orderly transfer of power, Congress established a framework for the federal government to prepare for a transition from one president to another.

With strong bipartisan support, the Act has been amended over the  years to recognize the increasing complexities of presidential transitions. The law requires the General Services Administration to provide office space and other core support services to presidents-elect and vice Presidents-elect, as well as pre-election space and support to major candidates.  The Act also requires the White House and agencies to begin transition planning well before a presidential election, benefitting both first and second term administrations.

The Act requires GSA to provide office space and administrative support (such as information technology and communications capabilities) to a president-elect and vice president-elect and, recognizing a growing need for transition activities to start well before election day, the Act also requires GSA to offer office space and support to major candidates in the months preceding the election, following the political conventions.

GSA Administrator Emily Murphy, a political appointee, still needs to “ascertain” a winner before the Biden campaign can send teams into the agencies, obtain briefing books prepared mainly by career civil servants and access to millions in funds. Also, the Defense Department will not engage with the Biden team until GSA acts.

Mandamus is a judicial remedy in the form of an order from a court to any government, subordinate court, corporation, or public authority, to do some specific act which that body is obliged under law to do, and which is in the nature of public duty, and in certain cases one of a statutory duty.

Mandamus may be a command to do an administrative action or not to take a particular action, and it is supplemented by legal rights. In the American legal system it must be a judicially enforceable and legally protected right before one suffering a grievance can ask for a mandamus. A person can be said to be aggrieved only when they are denied a legal right by someone who has a legal duty to do something and abstains from doing it. 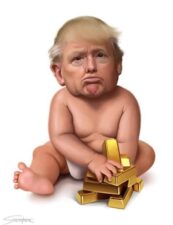