A Very Fetching Retriever in the Before Time

2020 was going to be the year that I got into fly-fishing.  My 17 pound Yellow Labrador puppy, that I adopted last year at this time, is now a 90 pound Ox.  Last August, 2019, 1 B.C. (Before Covid), Miles, the Labrador, has gained about 2 pounds per week.). Thankfully, that growth rate only lasted about 9 months.  In that time, Miles out grew 3 collars, 3 halters, one leash, and one Rat Terrier.  We also have a Rat Terrier named Bode, who we “rescued” about 6 years ago.  Bode is 9 years old now.  When Miles arrived, Bode ruled him…for about a month.  For Bode, it must have seemed like meeting Godzilla in 7th grade.  Miles seemed to grow like a science experiment gone wrong.  Bode seemed to think, what is happening?

Miles and I started walking at a lake a few miles from my house.  I was getting him ready for when we would spend this year traveling and fishing.  If you don’t know already, here is a little bit of trivia for you.  Labrador Retrievers are the most popular breed in the U.S.  What does that mean to you?  It is a pretty mundane fact, right?  I think I have known this for some time.  I thought of it like the most popular sedan in the U.S. is the Toyota Camry.  That has been a fact for quite sometime.  The evidence of it is everywhere, and it is not at all worth noticing.  I thought it was like that.  I was wrong.

Labrador Retrievers are the most popular breed in the U.S.  This is not about their abundance, which is actually part of the picture, but rather, it is about the way in which it makes people behave when they see one.  People gush with goo-goo silliness whenever they see one.

When he was a puppy, just old enough to start walking a little distance, I was stopped quite often.  It started with, ‘aww, how old is he?’…and so on.  ‘What is his name?’  “Miles”, I’d tell them.  One time I had stopped to tie my shoe.  I had one foot propped up on a stone wall, and Miles was sitting next to me.  A couple walked up behind me and started goo-goo gushing at Miles, and Miles darted toward them.  He yanked the leash so hard that I almost fell down, and banged my shin on the wall.  Kids always asked to pet him, of course.  He’s very friendly and enthusiastic, so I have to be careful with kids.  So far, we have not knocked any over.

Adults are the funny ones, though.  It really goes to extremes.  If people are walking by, and they don’t say anything like, “is that a Labrador Retriever”, they will wave at me.  Check that.  Most often, they wave at him.  The one that makes me giggle to this day was a time Miles and I were in my front yard.  It was a nice Saturday.  It was the type of day when people are taking in the sunshine, driving their convertibles, stopping to smell the flowers, as they say.  Also, on days like these, you will likely see the bikers out on their Harleys.  Spike is on his Fat Boy, loud exhaust, tattoo sleeves on the arms, leather vest, and long beard.  As Spike approaches my house, and sees Miles, he slows down and waves…completely out of character.

Miles and I walked all Winter up at the lake.  He loves the cold weather.  The Winter was surprisingly beautiful on our walks.  Even without snow, the normally overlooked gray branches of trees and bushes were subtle variations of gray, tan, and light brown.  Sprinkled in that landscape was the occasional tree or bush with red berries, and then the red Cardinals would appear.  The contrast was stunning, and more fascinating than I had expected.  Lakes and streams would be stocked with Rainbow Trout and Steelhead soon, but this discovery made the wait that much easier.  I had studied throughout the Fall and into the Winter on how to tie the four parts of a fly line, the various types of flies for various seasons, and local outfitters for my gear.

Remember February, 2020?  It was only about 5 months ago, but it seems like years.  Everything started to change then, but we were not quite seeing it.  It was right around then that I heard that this virus that had plagued Wuhan China was found on cruise ships, and headed for the Pacific Northwest.  There were news reports of a woman and her husband who tested positive.  He was allowed to leave the ship, but she had to remain.  It was at this time that news reports said that it was suspected that this virus could go undetected for two weeks, and be spread during that time.  That’s when I asked my wife what her boss would think of her working from home for a little while.  She went back for a meeting the next day, and then announced that she’d be working from home for a couple of weeks.  That was early March.  People were still talking about going on cruises.  We have season tickets to the theater, and “Wicked” was approaching.  I waited a few days, but then said, you know, we had better not go to the theater either.  I can’t see how that’s going to work.  She agreed.  Within days, the entire season was cancelled. 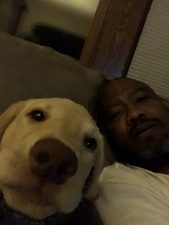