There are many fascinating aspects to being Black.  That opening sentence barely captures the weight of the experience in my life.  One fascinating aspect is that I know some of you will likely interpret that as negative, while others may not.   I can’t say conclusively that it is one or the other, although I can say that I would not change it for myself.  So, I am rather stuck with fascinating.

The condition of Blackness before I became aware of it.  I can remember thoughts about it at the age of 3, and not really having a handle on the concept.  I also remember conversations around me by multiple generations of my family, and not comprehending what they were talking about…or caring.  I’m not sure when I began to grasp the concept of race.  It was probably around the age of five.  Even then, it was far from complete.  I don’t think it is now. 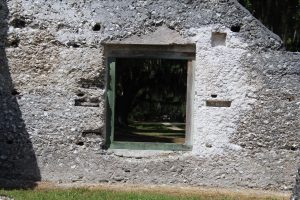 Between the ages of 5 and 18, the idea is relatively stable.  In fact, by the age of 18, I probably began to believe that my knowledge and awareness of the concept and the reality was fairly complete…like I thought about most things.  But, like most things at that age, the understanding of the concept was far from complete. Going off to college just before the age of 18 was the beginning of seeing how little being Black was understood by people generally.  In college I began to encounter numerous people who told me that they had never “actually met a Black person” before.  (In their heads when they were saying it to me, they probably did not capitalize the word “Black”.  I did it for them…and for you). The farther I travelled from home, the more people communicated to me their odd assumptions about Blackness.  People ruminated on everything from my ability to swim, the manner of my expression, or my place of origin.  When I travelled overseas, people wanted to touch me as if to prove to themselves that I was real.  Yeah, that happened.  A lot.  I have travelled to where I was “exotic.”

When I came home, some years later, I met the woman who would become my mother-in-law.  When she saw a picture of my mother, she described her as “exotic.”  My mother was beautiful, yes.  But, she was not exotic.  My mother was from Ohio, and so is my mother-in-law.  Incidentally, my mother in law is a writer, and a very good one.  Her word choice represents a specific lack of understanding about something, rather than a lack of specificity about something understood.  Understand? 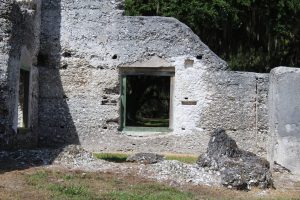 Adult life being Black adds further complexities.  The knowledge and sophistication about myself has advanced, and it is blended with knowledge and experience of my country, and the world.  The context of being Black expands into society.  The significance tends to be as it applies to social realities more than it does with objective science.  Race after all is a social construct.  Among the myriad issues of adult experience Blackness are things like the issues of the history of slavery, and racist oppression, etc.  These things tend not to have a great deal of significance or cause conflict among children, or even young adults when contemplated.  However, when one enters the adult context, issues of money and power attach.  The fascination with Blackness continues to evolve.

As a child in a racially diverse environment, being Black tends to be a ‘you’ thing.  In the adult context, Blackness becomes an ‘us’ thing.  It is not that non-Black people tend to claim Blackness.  I have rarely seen that.  What I tend to see is non-Black people declaring what Blackness is and is not.  One truly fascinating aspect to this is that living it and experiencing it is complicated enough.  Given that it is an invented thing, and not truly organic, it takes some experience to handle and understand.  One’s sophistication with it evolves over a lifetime.  And in the course of that, one sees people having the least experience with it proclaiming expertise over it. 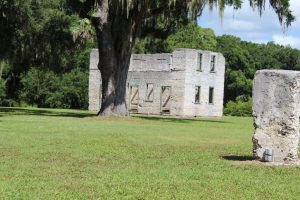 In 2008, Rush Limbaugh referred to Barack Obama as “Half-rican American”.  Rush is one of our national experts on Blackness.  When Sherrod Brown ran for the Senate, Rush reached into his deep well of expertise about  as Blackness and declared Sherrod Brown to be Black.  You know, the name Sherrod must be a Black man.  (Rush pronounced it sher-ROD). And now some of our national experts on Blackness are declaring Kamala Harris to be “phony”, not Black, and not a citizen.  There is also discussion of how she may be Black, but she is not African American because her father, being Jamaican, has no historical association with American slavery.  Fascinating!  The concept of being African American is acquiring a quality of historical association with slavery…by necessity.  As you see, Blackness is constantly evolving…if you ask White people.  For those of you who are curious, or fascinated like me, Jamaica does have an association with slavery, and with Africans, and Kamala Harris was born in Oakland California…which is in America.

There was a time when Blackness in America involved an internal psychological struggle with personal connections to the condition of slavery.  Some felt shame.  I am not judging that, but I don’t agree with it.  People can’t be blamed for the condition of slavery, in my view.  But, the fascinating thing arising in our national culture now is the elevation of a connection to slavery as some sort of credit or positive status.  Although still hovering around the outer edge of propriety, the arrow seems to be pointing inward to the center of appropriate status to be able to claim an association to enslaved ancestors for the purpose of validating standing atop a pillar of Blackness in American politics.  I find this change truly…fascinating.