Death and Taxes Meet Fake News and The Hoax

Death and taxes is a common reference to the famous quotation:

“Our new Constitution is now established, and has an appearance that promises permanency; but in this world nothing can be said to be certain, except death and taxes.”

— Benjamin Franklin, in a letter to Jean-Baptiste Le Roy, 1789

However, Franklin’s letter is not the origin of the phrase, which appeared earlier in Daniel Defoe’s “The Political History of the Devil”:

“Things as certain as death and taxes, can be more firmly believ’d.”

Donald Trump paid just $750 in federal income taxes the year he ran for president and in his first year in the White House, according to a report Sunday in The New York Times.

IRS figures indicate that the average tax filer paid roughly $12,200 in 2017, about 16 times more than what the president paid.

In 2010, Trump claimed and received an income tax refund that totaled $72.9 million, which the Times said was at the core of an ongoing audit by the IRS. The Times said a ruling against Trump could cost him $100 million or more.

Money he apparently doesn’t or won’t have unless he liquidates some or all of his assets.

Tax records show Trump is carrying a total of $421 million in unsecured loans and debt, for which he is personally liable to undisclosed parties, all of which become due and payable within the next four years.

This personal liability makes Trump a national security risk of the first order.

The reporting of these facts are certain to seal Trump’s fate as a one term President and as the defendant in a number of state and federal criminal prosecutions once he is out of office.

Trump’s entire presidency has been a destructive and lethal ‘hoax’ perpetrated against the American people.

Trump himself is a ‘hoax’ which is predicated on the ‘fake news’ of his ‘brand’.

” ’Tis impossible to be sure of any thing but Death and Taxes.”

From ‘The Cobbler of Preston’ by Christopher Bullock (1716) 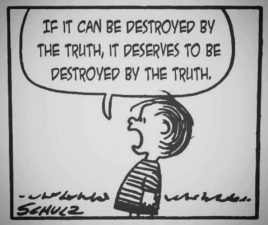