How will you address civil unrest in South Carolina?

I am checking facts on my post and may take it down. The quote is legitimate but the context may not be. I picked this up from a source that presented context which may have been deceptive. “Go anywhere” may have been a reference to achieving public office, not from a regulatory standpoint but from a chances of success standpoint.

In an online forum Friday night where voters asked questions of the two candidates for the United States Senate in South Carolina, and which was an online forum rather than a debate because Sen. Lindsey Graham refused to take a COVID-19 test, Sen. Graham was asked the title question:

How will you address civil unrest in South Carolina?

This was his answer, verbatim:

I am asking every African-American out there, look at my record. I care about everybody. If you are a young African-American, an immigrant, you can go anywhere in this state. You just need to be conservative, not liberal. 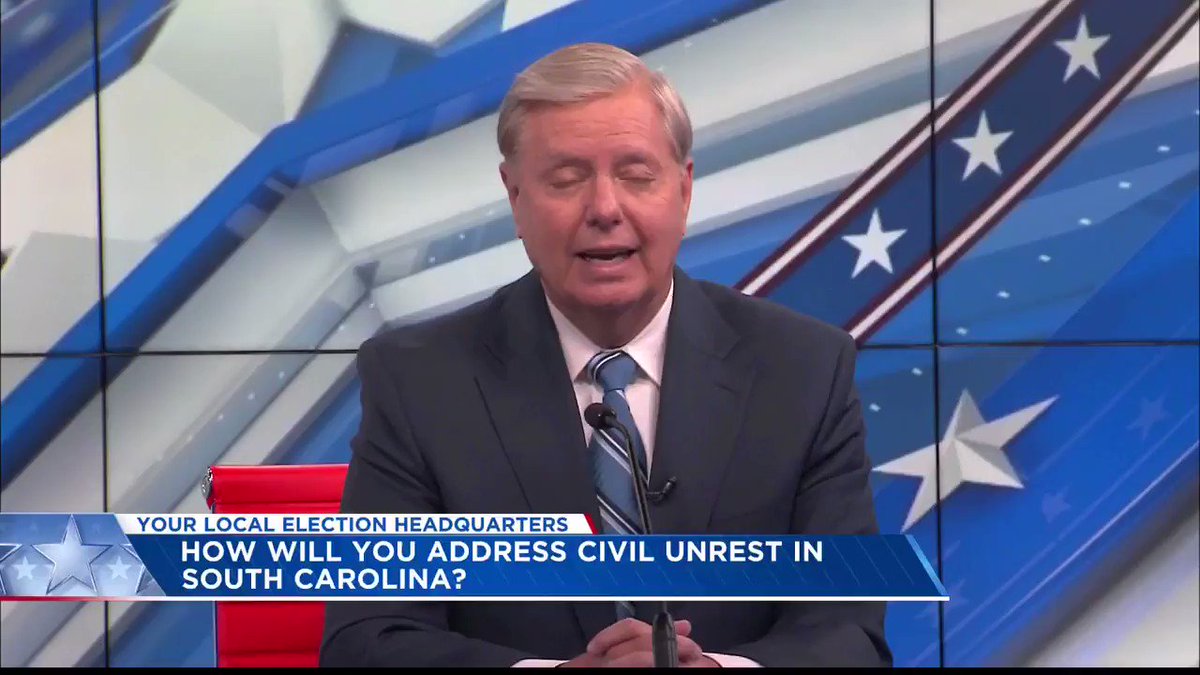 I’m afraid of being patronizing here by pointing out the obvious but, just for the Hell of it, I’m going to go into the syllogistic logic of this for a minute: If a statement is true, its contrapositive also has to be true. Starting with the initial statement: “If A, then B,”

the converse: “If B, then A” does not have to be true,

the inverse: “If not A, then not B” does not have to be true

but the contrapositive: “If not B, then not A” has to be true.

If you haven’t done this before, try it. This always works. It has to. If B always happens when A happens then if B doesn’t happen A didn’t happen.

If not B: Said young African-American or immigrant is not conservative

then not A: Said young African-American or immigrant cannot go anywhere in this state.

Where to go from here? There are so many places. I’ll finish with another if A, then B statement:

A: If someone says what Sen. Graham said Friday night

B: that person cannot support the First Amendment for young African-Americans and immigrants.