Leaders of black student groups at Yale released the following open letter Friday afternoon to U.S. Attorney William Barr and the Department of Justice over the filing of a lawsuit against Yale for allegedly discriminating against whites and Asian-Americans by practicing affirmative action:

Yesterday, the Department of Justice notified Yale that, as the result of a two-year investigation, Yale’s admissions practices illegally discriminate against Asian American and white applicants on the basis of race. This finding, and the order to not consider race or national origin in future admissions cycles, is a destructive attack on equitable education. To participate in a color-blind admissions process, as the Department now expects our university to do, is to discredit the experiences that make academic success on par with other races systematically more difficult for Black students. This makes the Black educational experience materially more challenging.

Though Black students at Yale are not surprised at this attack on affirmative action, we are outraged nonetheless. Meritocratic college admissions can only exist with the consideration of race; the history of our country makes it so. From slavery, to segregation, to the prison industrial complex, Black people have yet to see any semblance of equality in the United States, all of which define the context in which we seek higher education. Black students are the most likely to attend underfunded schools, in poorer neighborhoods, with less qualified teachers, and experience bigotry and bias at every turn. These are not myths, or inaccuracies in data, but the reality of education for Black America.

It is incredibly saddening that, in 2020, the federal government would overlook the realities that make affirmative action essential to educational equity. The Department of Justice through this decision lends a hand to subversion efforts, feeding into well-established racist rhetoric that is designed to alienate and invalidate us. By peddling this narrative of Black students gaining access to Yale only by using their race as a “multiplie[r]”, the Department reinforces the notion that a spot at Yale can be ‘taken,’ from a more deserving applicant and that Black students are less worthy than our peers. It is crucial that college admissions are approached with an acknowledgement of the privilege elite spaces afford us, alongside recognition of who is methodically denied that privilege; anything less is an actively racist choice.

We see the obvious way you, William Barr, are using the Department of Justice to strip away decades of progress. Yet another generation of Black Americans are at odds with our government, in our pursuit of equity for all. We are sad, we are angry, and we are exhausted, but we, like our forebears, will fight for what is right.

The first job I got when I was discharged and returned home from active duty in the Air Force was the appointment to be the Director of the African-American Cultural Center at Yale….

That’s where I began my career as a university professor and higher education administrator…. 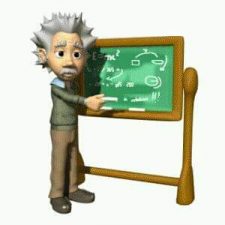