The Alamo Myth:Texas and Slavery

“As the defenders of the Alamo were about to sacrifice their lives, other Texans were making clear the goals of the sacrifice at a constitutional convention for the new republic they hoped to create. In Section 9 of the General Provisions of the Constitution of the Republic of Texas, it is stated how the new republic would resolve their greatest problem under Mexican rule: “All persons of color who were slaves for life previous to their emigration to Texas, and who are now held in bondage, shall remain in the like state of servitude … Congress shall pass no laws to prohibit emigrants from bringing their slaves into the republic with them, and holding them by the same tenure by which such slaves were held in the United States; nor shall congress have power to emancipate slaves.”

Mexico had in fact abolished slavery in 1829, causing panic among the Texas slaveholders, overwhelmingly immigrants from the south of the United States. They in turn sent Stephen Austin to Mexico City to complain. Austin was able to wrest from the Mexican authorities an exemption for the department — Texas was technically a department of the state of Coahuila y Tejas — that would allow the vile institution to continue. But it was an exemption reluctantly given, mainly because the authorities wanted to avoid rebellion in Texas when they already had problems in Yucatán and Guatemala. All of the leaders of Mexico, in itself only an independent country since 1821, were personally opposed to slavery, in part because of the influence of emissaries from the freed slave republic of Haiti. The exemption was, in their minds, a temporary measure and Texas slaveholders knew that.

The legality of slavery had thus been at best tenuous and uncertain at a time when demand for cotton — the main slave-produced export — was accelerating on the international market. A central goal of independence would be to remove that uncertainty.

The Mexican armies that entered the department to put down the rebellion had explicit orders to free any slaves that they encountered, and so they did. The only person spared in the retaking of the Alamo was Joe, the personal slave of William Travis.

Once the rebels succeeded in breaking Texas away from Mexico and establishing an independent republic, slavery took off as an institution. Between 1836 and 1840, the slave population doubled; it doubled again by 1845; and it doubled still again by 1850 after annexation by the United States. On the eve of the Civil War, which Texas would enter as a part of the Confederacy, there were 182,566 slaves, nearly one-third of the state’s population.

As more slaves came into the Republic of Texas, more escaped to Mexico. Matamoros in the 1840s had a large and flourishing colony of ex-slaves from Texas and the United States. Though exact numbers do not exist, as many slaves may have escaped to Mexico as escaped through the more famous underground railway to Canada. The Mexican government, for its part, encouraged the slave runaways, often with offers of land as well as freedom.

The defenders of the Alamo, as brave as they may have been, were martyrs to the cause of the freedom of slaveholders, with the Texas War of Independence having been the first of their nineteenth-century revolts, with the American Civil War the second.” 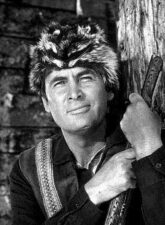