The New York Times Flubs Another Gaff On Mueller Report

The New York Times has flubbed (botched or mishandled) another gaffe (minor error) in its reporting on the fallout from the Attorney General William P. Barr’s summary of the findings from Robert S. Mueller III’s two-year investigation into campaign irregularities in the 2016 presidential contest.

The Times flubbed its report by offering readers a lead story claiming that “Some on Mueller’s Team Say Report Was More Damaging Than Barr Revealed” without naming a single source. Not one.

Once upon a time, it would have been enough for The New York Times to simply assert that unnamed parties had made the allegation that Barr’s summary of Mueller’s report was nothing less than a whitewash. However, in this case, the Times article doesn’t even claim that its sources were actually members of Mueller’s team. Instead, the article cites equally unnamed “government officials familiar with the investigation.”

The only people who are “familiar” with the results of the Mueller investigation are, of course, the investigators themselves, their support teams, and the people they interviewed (or interrogated) during their investigation, and legislators who have been conducting their own parallel investigations. There are already thousands of people in that cohort but, since, none of them have  been named, we have no idea where New York Times reporters Nicholas Fandos, Michael S. Schmidt and Mark Mazzetti, and contributors Katie Benner and Adam Goldman obtained their information about the most secret public investigation in the nation’s history

.Donald Trump agrees with this assessments. Shortly after the Times story was published, he tweeted: 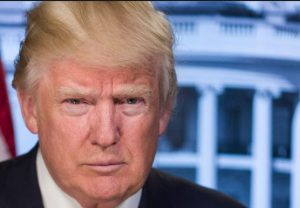 “The New York Times had no legitimate sources, which would be totally illegal, concerning the Mueller Report. In fact, they probably had no sources at all! They are a Fake News paper who have already been forced to apologize for their incorrect and very bad reporting on me!“

“False. Our reporters interviewed multiple government officials and others to gather the facts for the story; read it here:”

Unfortunately for the reputation of The New York Times, the article in question cites no one by name. In Journalism 101, we learned that a fact isn’t a fact until two independent sources corroborated each other’s stories…but that still doesn’t vindicate the Times for its failure to cite any actual sources by name.

We already know a great deal about the “most secret investigation” in the nation’s history on the basis of the fact that there have been absolutely no leaks from any of people involved in the investigations, which include 14 principal investigators, as well as their staffs, a number that might reach up to 400 people, when you include the staffs of U.S. attorneys, state’s attorneys general and District Attorneys in various jurisdictions.

The United States historically does not conduct secret investigations. Once the police have gathered sufficient evidence for a reasonable person to conclude that a crime has been committed, the results of those investigations are usually presented to a grand jury. The deliberations of a grand jury are supposedly secret, but that secrecy ends when the grand jury has been dismissed after it has submitted its findings to the prosecuting authority.

What Should Have Happened

Once Mueller completed his investigation, his findings should have been turned over to the prosecuting attorney. In the case where the “person of interest” is  none other than the president of the United States, the prosecuting authority is the House of Representatives, not the Attorney General. The House of Representatives is charged by the Constitution with the responsibility for filing the charges against the president. If the House  votes to impeach, then the Senate is required to take up the question as the jury with the Chief Justice of the United States presiding over the proceedings.

Flies in the Ointment

The flaws in the Mueller investigation begin with the fact that Mueller was in fact working for the president of the United States, not the House of Representatives, because he was hired as a special prosecutor by Acting Attorney General Rod Rosenstein and reported to Attorney General William P. Barr

In other words, from the outset of his investigation, Robert Mueller has been working FOR the president of the United States under an appointment made by a person who was, in turn, appointed by the president.

Therefore, legally, the only person to whom Mueller could release his findings was to the person who hired him, which is akin to hiring the fox to investigate the crimes in the hen-house. Mueller, according to everything that has been written about him, is a fine, upstanding fox, but he’s still not an impartial investigator because of the source of his investigatory powers.

In his role as Special Counsel, Mueller did, in fact, empanel a grand jury. This was necessary because a prosecutor has to present his or her findings to a grand jury in order to obtain an indictment, but that grand jury was appointed under the delegated authority of the Attorney General.

If the Democrats were in control of the House in 2017, they could have selected their own Special Prosecutor and impaneled their own grand jury…but that did not happen. making this a failure of the political process, not the judicial process.

Since its inception, the Mueller investigation has indicted 38 people, plus one, Sam Patton, who struck a deal

There’s an old saying that when you lay down with dogs, you get up with fleas. With so many people being convicted or pleading guilty for various infractions, it stretches credulity to believe that Donald Trump was innocent while so many of people around him have turned up guilty.

While The New York Times was probably right about Mueller’s people being pissed off by what they regard as the misrepresentation of their findings by the attorney general’s summary of the report, the Times was absolutely wrong to publish an article in which there isn’t a single attributed quote that supported their contention.

This gives Trump yet another opportunity to defame The New York Times, in particular, and the news media in general for what amounts to slipshod reporting, further undermining the credibility of the Times and other liberal news organizations.

There will be a battle in the House to execute a subpoena forcing Attorney General Barr to release the entire report. The White House will fight that subpoena on the grounds of presidential privilege, followed by a claim of presidential immunity. This will eventually end up in the Trump-controlled Supreme Court, which will be asked to determine whether Congress can subpoena presidential appointees.  The court will probably find against Congress.

Sooner or later, someone is going to leak the entire report. Probably sooner rather than later. That’s when things will start to get very interesting.