Mary Mallon. (September 23, 1869 – November 11, 1938), emigrated to the US from Ireland in 1884. She had worked in a variety of domestic positions for wealthy families prior to settling into her career as a cook.

As a healthy carrier of Salmonella typhi her nickname of “Typhoid Mary” had become synonymous with the spread of disease, as many were infected due to her denial of being ill.

She was believed to be the first person in the United States identified as an asymptomatic carrier of the disease and was believed to have infected 53 people with typhoid fever, three of whom died.

Because she persisted in working as a cook, by which she exposed others to the disease, she was twice forcibly quarantined by authorities, and died in 1938 after a total of nearly three decades in isolation.

Donald Trump is at the epicenter of a severe outbreak and cluster of COVID19 infection at the White House.

Evidence is beginning to mount that Trump is personally responsible for transmitting the covid virus to 18 people, at last count, who attended the Rose Garden celebration of his recent Supreme Court nominee. 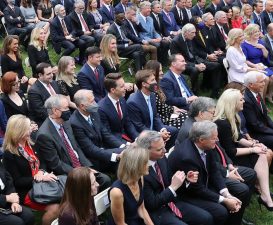 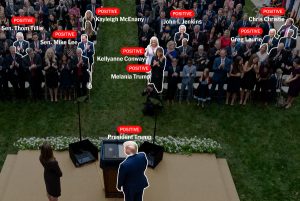 It is becoming increasingly clear that Trump knew, or had reason to know, that he had contracted COVID19 some time prior to participating in the Presidential Debate during the week prior to hosting the super-spreader gathering at the White House.

Typhoid Mary earned her nickname and infamous association with a dreaded disease because of her denials and refusals re her spreading of the disease.

In my view, given what has transpired re his inept and incompetent nonresponsive response to the COVID19 pandemic, and his callous transmission of the disease at a White House party, Donald Trump has earned the nickname of ‘COVID Donald’ and deserves to be forever infamously associated with knowing and willing spread of this disease… 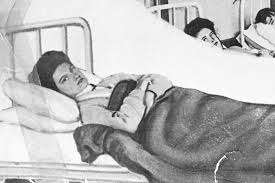 Fortunately for him, he will not die alone and in complete isolation as Typhoid Mary did.

However, nobody deserves that fate more than he does….