What Would Happen If Trump Refused to Leave Office?

Post Views: 27
“A peaceful transfer of power is necessary for American democracy to survive.” 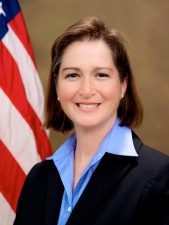 “If Donald Trump is defeated in November 2020, his presidency will end on January 20, 2021. If he is reelected, then, barring other circumstances such as removal from office, his administration will terminate on the same day in 2025. In either of these scenarios, Trump would cease to be president immediately upon the expiration of his term. But what if he won’t leave the White House? 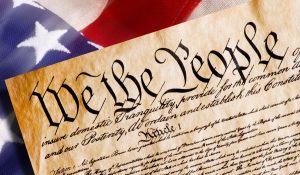 The American Constitution spells out how the transfer of power is supposed to work. Article II provides that the president “shall hold his office for the term of four years.” The Twentieth Amendment says that the president’s and vice president’s terms “shall end at noon on the 20th day of January … and the terms of their successors shall then begin.” Of course, a president may be reelected to a second four-year term, but under the Twenty-Second Amendment, “no person shall be elected to the office of president more than twice.”

For nearly 250 years, presidents have respected the law. Even when electoral defeat has been unexpected and ignominious, presidents have passed the baton without acrimony. In a sense, perhaps this is the central achievement of the American system: to have transferred power peacefully from one leader to the next, without heredity to guide the way.

That a president would defy the results of an election has long been unthinkable; it is now, if not an actual possibility, at the very least something Trump’s supporters joke about. As the former Arkansas Governor Mike Huckabee tweeted, President Trump “will be eligible for a 3rd term due to the illegal attempts by Comey, Dems, and media , et al attempting to oust him as @POTUS so that’s why I was named to head up the 2024 re-election.” A good troll though it may have been, Huckabee is not the first person to suggest that Trump might not leave when his presidency ends.

In May, the faith leader Jerry Falwell Jr. tweeted an apparent reference to the completed investigation of Special Counsel Robert Mueller into Russian election interference. “I now support reparations,” he wrote. “Trump should have 2 yrs added to his 1st term as pay back for time stolen by this corrupt failed coup.” Trump retweeted Falwell’s post.

One of Trump’s former confidants, Michael Cohen, has suggested that Trump won’t leave. In his congressional testimony before heading to prison, Trump’s former attorney said, “Given my experience working for Mr. Trump, I fear that if he loses the election in 2020, there will never be a peaceful transition of power.” 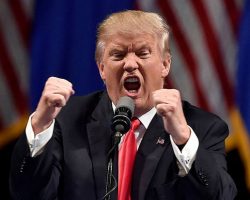 Trump himself has joked about staying in office beyond his term, and even for life. In December, Trump told a crowd at a Pennsylvania rally that he will leave office in “five years, nine years, 13 years, 17 years, 21 years, 25 years, 29 years …” He added that he was joking to drive the media “totally crazy.” Just a few days earlier, Trump had alluded to his critics in a speech, “A lot of them say, ‘You know he’s not leaving’ … So now we have to start thinking about that because it’s not a bad idea.” This is how propaganda works. Say something outrageous often enough and soon it no longer sounds shocking.

Refusal to leave office is rare, but not unheard of. In the past decade, presidents in democracies such as Moldova, Sri Lanka, the Democratic Republic of Congo, and Gambia have refused to leave office, sometimes leading to bloodshed. In 2016, Joseph Kabila decided not to step down after three five-year terms as the president of Congo, announcing that he would delay the election for two years so that a census could be conducted. His decision was met with mass protests in which 50 people were killed by government security forces. Still, he followed through and an election took place in 2018. He left office thereafter.

Elected officials in the U.S. have also refused to step down, albeit from lower offices than the presidency. In 1874, a Texas governor locked himself in the basement of the state capitol building after losing his reelection bid. The saga began when Republican Governor Edmund J. Davis lost the 1873 election by a resounding 2-to-1 ratio to his Democratic challenger, Richard Coke, and claimed that the election had been tainted with fraud and intimidation. A court case made its way to the state’s supreme court. All three justices, each of whom had been appointed by the incumbent Davis, ruled that the election was unconstitutional and invalid. Democrats called upon the public to disregard the court’s decision, and proceeded with plans for Coke’s inauguration. On January 15, 1874, Coke arrived at the state capitol with a sheriff’s posse, and was sworn in to office while Davis barricaded himself downstairs with state troopers. The next day, Davis requested federal troops from President Ulysses S. Grant. Grant refused, and Davis finally stepped down three days later. 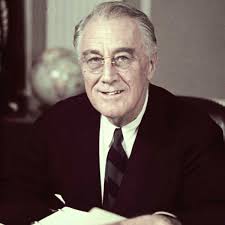 The closest thing to a refusal to leave office that the U.S. presidency has experienced was Franklin D. Roosevelt’s break with tradition by seeking a third term. Roosevelt rejected the norm set by George Washington, and followed by successive presidents, to step down after two terms. FDR was elected to a third and even a fourth term, but concern about a permanent executive led to the ratification of the Twenty-Second Amendment in 1951, limiting presidents to two terms.

If Trump were inclined to overstay his term, the levers of power work in favor of removal. Because the president immediately and automatically loses his constitutional authority upon expiration of his term or after removal through impeachment, he would lack the power to direct the U.S. Secret Service or other federal agents to protect him. He would likewise lose his power, as the commander in chief of the armed forces, to order a military response to defend him. In fact, the newly minted president would possess those presidential powers. If necessary, the successor could direct federal agents to forcibly remove Trump from the White House. Now a private citizen, Trump would no longer be immune from criminal prosecution, and could be arrested and charged with trespassing in the White House. While even former presidents enjoy Secret Service protection, agents presumably would not follow an illegal order to protect one from removal from office.

Although Trump’s remaining in office seems unlikely, a more frightening—and plausible—scenario would be if his defeat inspired extremist supporters to engage in violence. One could imagine a world in which Trump is defeated in the 2020 election, and he immediately begins tweeting that the election was rigged. Or consider the possibility, albeit remote, that a second-term Trump is removed from office through impeachment, and rails about his ouster as a coup. His message would be amplified by right-wing media. If his grievances hit home with even a few people inclined toward violence, deadly acts of violence, or even terrorist attacks against the new administration, could result. 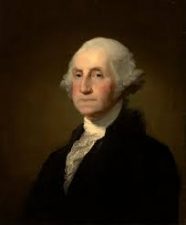 Ultimately, the key to the peaceful transfer of power is the conduct of the outgoing leader himself. America has thus far been lucky in that regard. After voluntarily relinquishing the presidency after his second term, Washington took measures to demonstrate the peaceful transfer of power. He attended the inauguration of his successor, John Adams, and insisted on walking behind Adams after the ceremony to display his subservience to the new president. Through this example, the citizenry was able to accept that the power of the presidency now resided in its new occupant. 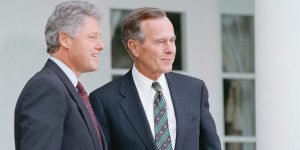 More recently, upon leaving office after a heated campaign, George H. W. Bush left behind a letter to welcome Bill Clinton into the White House on January 20, 1993. It concluded, “You will be our president when you read this note. I wish you well. I wish your family well. Your success now is our country’s success. I am rooting hard for you. Good luck.” Imagining such a gracious note from the current occupant of the White House to his successor is difficult.

But if Trump should fail in his final duty as president to transfer power peacefully, the nation’s laws, norms, and institutions will be responsible for carrying out the will of the electorate. Should those fail too, then the American experiment’s greatest achievement will come to a grinding halt, and with it the hope that a republic can ever be kept.

BARBARA MCQUADE is a professor at the University of Michigan Law School. She was the U.S. attorney for the Eastern District of Michigan and co-chair of the Attorney General’s Subcommittee on Terrorism and National Security in the Obama administration.” 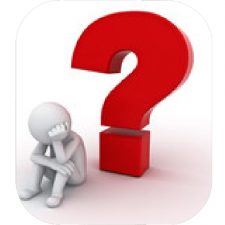