The Pulitzer Prize Board has consigned Darnella Frazier to a special place in American History:

“The Pulitzer Prize jury has the option of awarding special citations and awards where they consider necessary. Since 1918, forty-four such special citations and awards have been given. The awards are composed of sixteen journalism awards, twelve letters awards, fourteen music awards, and five service awards. Prizes for the award vary. The Pulitzer Prize Board has stated that the Special Citations given to George Gershwin, Thelonious Monk, John Coltrane and Duke Ellington were in response to criticism for the failure of the Board to cite the four.[1] 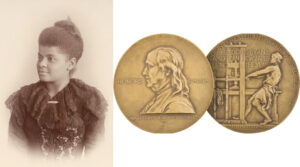 On May 4, 2020, Ida B. Wells was announced as the recipient of a Pulitzer Special Citation “[f]or her outstanding and courageous reporting on the horrific and vicious violence against African Americans during the era of lynching.”[2] The Pulitzer Prize board announced that it would donate at least $50,000 in support of Wells’ mission to recipients who would be announced at a later date.[2] No specific category was announced for this citation.

On 11 June 2021, Darnella Frazier was announced as the recipient of a Pulitzer Special Citation.[3]“

Darnella Frazier won the citation “for courageously recording the murder of George Floyd, a video that spurred protests against police brutality around the world, highlighting the crucial role of citizens in journalists’ quest for truth and justice,” according to the Pulitzer Prize Board.

The award comes with a monetary prize consistent at least with the other prizes, $15,000, according to Edward Kliment, a spokesperson for the Columbia University Pulitzer Prize organization. Previous special citations have been awarded to Ida B. Wells, Aretha Franklin and Duke Ellington.

Frazier was also honored last year by PEN America, a literary and human rights organization. She was awarded the PEN/Benenson Courage Award.

PEN America CEO Suzanne Nossel said at the time: “With nothing more than a cellphone and sheer guts, Darnella changed the course of history in this country, sparking a bold movement demanding an end to systemic anti-Black racism and violence at the hands of police.”

The video was seen worldwide and was prominent in the trial of Derek Chauvin, the former Minneapolis police officer who knelt on Floyd’s neck, pinning him to the pavement for 9 minutes, 29 seconds, as he said repeatedly that he couldn’t breathe. Chauvin was convicted in April of second-degree unintentional murder, third-degree murder and manslaughter. He will be sentenced June 25.

The prosecutors have stated that without her video they would have had no case for the conviction….

I’m certain that I speak for all here in extending our heartfelt congratulations and best wishes to Darnella Frazier on receiving the well deserved accolades.

Her act of extraordinary courage and presence of mind has changed the course of world history and the nature of the conversation about police misconduct and the need for meaningful reforms in law enforcement.