Did the killer know George Floyd? 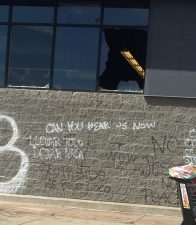 I grew up in south Minneapolis, off east Lake St. You may have heard of it recently. The neighborhood was largely blue collar, almost entirely white. We had one family of black neighbors and there were plenty of Mexicans around and some Filipinos. I thought of them both as white.

A favorite recreation of the Minneapolis police in the sixties and seventies was beating the shit out of teen-aged boys for no reason beyond a whim. I don’t know how much worse the black kids had it though I was once friends with a (white) kid who ran with a black gang and, from him, it sounded it was all pretty much the same. It was never revealed if anyone was killed in one of these beatings. There was no one in my circle killed.

So one night my brother, Kevin, was driving in traffic with his friend, Reyes, in the car and they encountered some sort of checkpoint. When Reyes realized they were going to be stopped by the police, he jumped out of the car and ran. (Reyes was known to be volatile and he was probably stoned with outstanding warrants at the time.)

The cops thought it was suspicious that a man ran away so they arrested Kevin. In the process they beat him badly. There were never any charges. The next day the primary cop involved was seen at the local bar bragging that he had “showed Connelly.”

It turns out that the cop had gone to high school with Kevin and had been jealous of him. (My mom was my primary source for this story so grain of salt and all that.) At any rate, the cop had bad feelings for my brother that Kevin wasn’t even aware of.

Kevin was 6’5”, nice looking and an all-around nice guy. He was well-liked and fairly mobbed by girls in high school. (Sometimes I answered the phone on visits home so I can confirm that.) The cop was a little guy.

I read in a reliable source – the local paper – that both George Floyd and the cop who killed him worked security at the same nightclub, George Floyd inside and the cop out. That was learned from an interview with the owner of the club. The club was just down the block from the 3rd precinct so it’s a fair bet that every cop involved in the murder knew very well who George Floyd was. Minneapolis is a big small town and the intersection of 27th & Lake is a small town within the big small town. 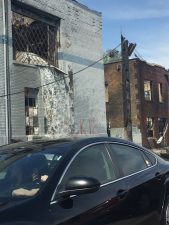 I’m about to engage in some analysis of men that I’m not confident of. I’ve observed this dynamic many time over my life but not intimately, just from a distance. It’s the little man thing. More rudely, the strutting rooster.

My observations amount to observing physically small men who seem to feel a need to compensate for their diminutive size, particularly relative to larger men. In my experience, in these cases, the little man becomes hyper-masculine – always certain to pitch his voice as low as possible, to walk with a strut, never emotional, always tough.

Mind you, some of the smallest, at least the shortest men I’ve known have decidedly not been like this. The best looking man I ever dated was 5’2” to my 5’8 and had none of these characteristics. He suffered no lack of self-confidence. The small men suffering deep feelings of inadequacy have not been the norm in my life.

But there are those two cops who saw a chance and grabbed it. One ended up killing a man.

If the prosecution interviews many people in George Floyd’s and Chauvin’s lives, they have to find out if the two men knew one another, or, at least, if Chauvin knew of George Floyd. Did he talk to his friends about the man? Did he make a competitive issue of it? How obviously racist was Chauvin? Did he find it more offensive that such an apparently superior man besides being big was also black? I won’t even venture into the area of sexual stereotyping of black men and the role it could have played.

If it turns out that it was known in his social circles that Chauvin had some kind of attitude towards George Floyd, will it be enough to explain why he continued to kneel on George Floyd’s neck long after he could pretend any need to subdue him. Will it explain the tense expression on his face as he slowly killed a man? Most of all, would it, could it indicate enough intent to justify a charge of first degree murder?

Keeping in mind all the time that this has been a totally amateur analysis.

* The photo is of the exterior wall of the first supermarket to be destroyed on the first day of the demonstrations. I took it the next day.