This is a very readable introductory essay on the differences and debates between B.T. Washington and W.E.B. Du Bois.  Enjoy! 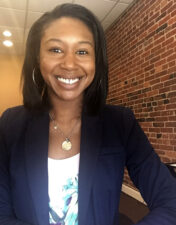 “When you think about influential Black intellectuals in history, Booker T. Washington and W.E.B. Dubois are among the first names that come to mind. Both men are pioneers in their own right as they paved the way for the Civil Rights Movement, but their differing ideologies were arguably more controversial than Martin vs. Malcolm.

Both men wanted the same thing: socioeconomic equality for Blacks in America, but based on their experiences, they formed two contrasting opinions on how to get there. In the beginning, DuBois supported Washington’s theories but later became one of his biggest critics.

Booker Taliaferro Washington was a mulatto born into slavery in Virginia in 1856. His father was a White man, who he never knew, and his mother was an African woman, who, once emancipated, moved her family to West Virginia. Washington later returned to Virginia to attend Hampton Normal and Agricultural Institute, now Hampton University.

It was there, in the South, that we can assume Washington’s beliefs about the road to equality began to form. At Hampton, Washington was taught working skills that we commonly refer to today as “trades,” that were considered to be practical crafts that would make him a viable and valuable citizen in society.

William Edward Burghardt Du Bois was born in 1868 as a free man in Massachusetts. He lived in a predominantly White neighborhood and attended predominantly White schools. His brilliance was noticeable, even as a child, and led him to excelling in his studies in high school, then on to Fisk University and Harvard College. Du Bois continued his studies abroad in Germany at the University of Berlin before returning to the United States to become the first African American to receive a PhD from Harvard University. It is also a little known fact, even to Baltimoreans, that Du Bois settled in Baltimore’s own Morgan Park community for nearly two decades with his family.

Du Bois’ exposure to an education comparable to that of Whites’ helped him realize that equality by means of education is a priority. This led him to believe that a group of intellectual Blacks, which he dubbed “the talented tenth,” would rise and lead the masses.

In the book W.E.B. Du Bois: Black Radical Democrat, Manning Marable explains the social aspect of Du Bois’ philosophy, “If negroes were to be the central actors in the making of a new racial history, the problem of racism must therefore be analyzed first and foremost from a Black perspective, employing a language and cultural style that resonated with African Americans. Whites could be observers and occasional participants in this new conversation about race, but they would not dictate the terms of discourse.”

Washington and Du Bois were no strangers to racism and segregation, experiencing the impact in their lives at every level, and both men expressed their knowledge of the plight of Blacks in America by writing and publishing and establishing institutions dedicated to helping Blacks thrive.

Both men acquired skills along the way that distinguished them among Blacks and Whites alike, and they both placed an emphasis on education but focused their efforts on different aspects relating to societal contributions. Du Bois challenged the social aspect of racism, urging Blacks to fight for the same civil rights and liberties as Whites, while Washington encouraged Blacks to accept their current state for the time being, while they work to build wealth and communities for themselves, ultimately earning the respect of their White counterparts.

Du Bois’ methods were seen as radical to southern Blacks, while Washington’s approach received backlash from northern Blacks accusing him of being a “sell out,” that furthered the White agenda.

In the book “Negro Thought in America, 1880-1915: Racial Ideologies in the Age of Booker T. Washington,” August Meier writes “At no time were Booker T. Washington’s policies favored by all negroes. Opposition existed from the time of the Atlanta Address, became more marked after 1900 and culminated in the founding of the National Association for the Advancement of Colored People. (p. 171)”

The pair’s goal of uplifting the Black community couldn’t be more clear, but could it be that their personal experiences shaped their outlook on the solution to the “Negro problem?” Could it be that as a free northern Black man, Du Bois’ upbringing helped him understand the ways of Whites which enlightened him to the ways in which he could advance the lives of colored people? Could it be that as an ex-slave, Washington saw more value in unifying Blacks by building communities and creating wealth rather than wrestling with the slow hand of change?

Maybe it was a good thing that Blacks didn’t completely agree with either side. In this case, Washington and Du Bois challenged the status quo and got people thinking and discussing the best way for Blacks to achieve equality at a time when 40 acres and a mule seemed like a good deal.”