Why War: Einstein and Freud on Violence, Peace, and Human Nature

In the comment stream to Koshersalaami’s latest post on the conflict between Israel and Hamas the following question arose:

Prior to WWII, the establishment of the UN, and the creation of Israel, Einstein and Freud engaged in an exchange that should stand as required reading for any and all who seek to understand how human nature informs and influences international relations and international conflicts:

Why War: Einstein and Freud’s Little-Known Correspondence on Violence, Peace, and Human Nature

It is my sincere hope that I haven’t done harm to the gist, point, and purpose of this momentous interaction between two 20th Century intellectual giants…

The very thought of Einstein and Freud engaged in an exchange on the subject is, to me, an irresistible incentive to read on: 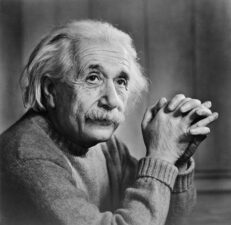 Einstein officially invites Freud to participate in the Institute for Intellectual Cooperation exchange, presenting the brief:

This is the problem: Is there any way of delivering mankind from the menace of war?

Thus I am led to my first axiom: The quest of international security involves the unconditional surrender by every nation, in a certain measure, of its liberty of action — its sovereignty that is to say – -and it is clear beyond all doubt that no other road can lead to such security.

Einstein then arrives at his main question for Freud:

Is it possible to control man’s mental evolution so as to make him proof against the psychosis of hate and destructiveness?

Here I am thinking by no means only of the so-called uncultured masses. Experience proves that it is rather the so-called “intelligentsia” that is most apt to yield to these disastrous collective suggestions, since the intellectual has no direct contact with life in the raw but encounters it in its easiest, synthetic form — upon the printed page. … But … here we have the best occasion of discovering ways and means to render all armed conflicts impossible.

Freud was interested in the exchange, with the caveat that what he had to say might be too pessimistic for people’s taste but he couldn’t bring himself to sugarcoat the uncomfortable truth:

All my life I have had to tell people truths that were difficult to swallow. Now that I am old, I certainly do not want to fool them.

After Einstein assures Freud that he seeks a psychologically effective reply rather than an optimistic one, the correspondence launches into full swing…

When I learned of your intention to invite me to a mutual exchange of views upon a subject which not only interested you personally but seemed deserving, too, of public interest, I cordially assented. I expected you to choose a problem lying on the borderland of the knowable, as it stands today, a theme which each of us, physicist and psychologist, might approach from his own angle, to meet at last on common ground, though setting out from different premises. Thus the question which you put me — what is to be done to rid mankind of the war menace? — took me by surprise. And, next, I was dumbfounded by the thought of my (of our, I almost wrote) incompetence; for this struck me as being a matter of practical politics, the statesman’s proper study. But then I realized that you did not raise the question in your capacity of scientist or physicist, but as a lover of his fellow men… And, next, I reminded myself that I was not being called on to formulate practical proposals but, rather, to explain how this question of preventing wars strikes a psychologist.

Freud then describes his theory of the evolutionary trajectory of violence:

You begin with the relations between might and right, and this is assuredly the proper starting point for our inquiry. But, for the term might, I would substitute a tougher and more telling word: violence. In right and violence we have today an obvious antinomy. It is easy to prove that one has evolved from the other and, when we go back to origins and examine primitive conditions, the solution of the problem follows easily enough.

Conflicts of interest between man and man are resolved, in principle, by the recourse to violence. It is the same in the animal kingdom, from which man cannot claim exclusion; nevertheless, men are also prone to conflicts of opinion, touching, on occasion, the loftiest peaks of abstract thought, which seem to call for settlement by quite another method. This refinement is, however, a late development. To start with, group force was the factor which, in small communities, decided points of ownership and the question which man’s will was to prevail. Very soon physical force was implemented, then replaced, by the use of various adjuncts; he proved the victor whose weapon was the better, or handled the more skillfully. Now, for the first time, with the coming of weapons, superior brains began to oust brute force, but the object of the conflict remained the same: one party was to be constrained, by the injury done him or impairment of his strength, to retract a claim or a refusal. This end is most effectively gained when the opponent is definitely put out of action — in other words, is killed. This procedure has two advantages: the enemy cannot renew hostilities, and, secondly, his fate deters others from following his example. Moreover, the slaughter of a foe gratifies an instinctive craving. … However, another consideration may be set off against this will to kill: the possibility of using an enemy for servile tasks if his spirit be broken and his life spared. Here violence finds an outlet not in slaughter but in subjugation. Hence springs the practice of giving quarter; but the victor, having from now on to reckon with the craving for revenge that rankles in his victim, forfeits to some extent his personal security.

In tracing how civilization evolved from “brute violence, or violence backed by arms” to law, Freud argues that shared identification and a sense of community are a better bastion of order than force….

But this, Freud points out, is easier in theory than in practice, since it assumes a community of equals and yet most groups have an inherent power imbalance between individuals, which results in inevitable conflict….

In a meta-deliberation aside, Freud makes a poignant and prescient point about the similitude between science and philosophy:

All this may give you the impression that our theories amount to species of mythology and a gloomy one at that! But does not every natural science lead ultimately to this — a sort of mythology? Is it otherwise today with your physical sciences?

In fact, a similar relationship exists between psychology and religious doctrine, and in their underlying common denominator Freud finds the proposed answer to Einstein’s original question, one that embodies Chaplin’s iconic speech from The Great Dictator, proclaiming that “we want to live by each other’s happiness, not by each other’s misery.”: 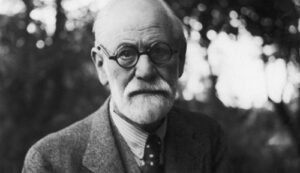 Despite his generally dystopian disposition, Freud takes care to point out why Einstein’s quest is a worthwhile one nonetheless:

Every man has a right over his own life and war destroys lives that were full of promise; it forces the individual into situations that shame his manhood, obliging him to murder fellow men, against his will; it ravages material amenities, the fruits of human toil, and much besides. Moreover, wars, as now conducted, afford no scope for acts of heroism according to the old ideals and, given the high perfection of modern arms, war today would mean the sheer extermination of one of the combatants, if not of both. This is so true, so obvious, that we can but wonder why the conduct of war is not banned by general consent.

Given the famed adage about intuition over rationality frequently attributed, likely misattributed, to Einstein — “The intuitive mind is a sacred gift and the rational mind is a faithful servant. We have created a society that honors the servant and has forgotten the gift.” — it’s interesting that Freud points to the intellect’s suppression of instinct as the hallmark of human progress…

How long have we to wait before the rest of men turn pacifist? Impossible to say, and yet perhaps our hope that these two factors — man’s cultural disposition and a well-founded dread of the form that future wars will take — may serve to put an end to war in the near future, is not chimerical. But by what ways or byways this will come about, we cannot guess. Meanwhile we may rest on the assurance that whatever makes for cultural development is working also against war.

In April of 1932, Einstein made a contribution to a symposium on “Europe and the Coming War”:

As long as all international conflicts are not subject to arbitration and the enforcement of decisions arrived at by arbitration is not guaranteed, and as long as war production is not prohibited we may be sure that war will follow upon war. Unless our civilization achieves the moral strength to overcome this evil, it is bound to share the fate of former civilizations: decline and decay.

To read the original digest in its entirety, please go to:

Why War: Einstein and Freud’s Little-Known Correspondence on Violence, Peace, and Human Nature 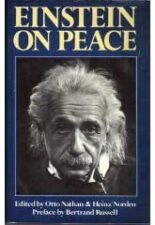