A Question About Evidence, Proof and God

There are various legal standards of proof available, depending on the type of case and legal circumstances.:

The clear and convincing evidence standard has a higher standard of proof than preponderance of evidence, but lower than proving beyond a reasonable doubt. Where the preponderance of evidence only requires the plaintiff to ‘tip the scales’ towards demonstrating fault, the clear and convincing standard needs to demonstrate that fault is ‘highly’ and ‘substantially’ more probable to be true than not true.

Another way of putting it is, to meet this particular standard, the evidence must establish a significantly greater than 50% probability that a claim is true. In comparison, preponderance of evidence requires a mere 51% or greater probability and beyond a reasonable doubt requires closer to 100%.

BEYOND A REASONABLE DOUBT

Used in criminal cases, beyond a reasonable doubt is the highest standard of proof within the American judiciary system. This standard requires the prosecutor to provide sufficient proof such that no other plausible account or conclusion is possible, except that the defendant is guilty. With the defendant assuming innocence until proven guilty, the burden of proof rests completely on the prosecutor.

While proving beyond a reasonable doubt means demonstrating the defendant is most certainly guilty, it does not mean you need to prove absolute certainty. To meet this standard, the prosecution team needs to demonstrate there is no reasonable doubt that the criminal act took place. It is up to the jury to determine whether doubts are reasonable or unreasonable.

PREPONDERANCE OF EVIDENCE VS BEYOND A REASONABLE DOUBT

In his book ‘Faith v Fact’, Jerry A Coyne raises a key question: whether the drama of ‘creation’ inevitably culminates in humans (or something like humans) who are capable of acknowledging the playwright. In what may be the most crucial and stringent assertion of the book, he contends that “if we can’t show that humanoid evolution was inevitable, then the reconciliation of evolution and Christianity collapses.”

Does the attainment of a desired end need to be improbable or inevitable to point to God?

Coyne contends that “arguments for God are wanting because religion’s methods are useless for understanding reality.”

Neil deGrasse Tyson asserts that: “The good thing about science is that it’s true, whether or not you believe in it.”

However, this line of thinking is much too narrow and therefore inaccurate.

As David Hume made plain, it’s an assumption necessary for that confidence. And it is worth noting that appealing to past experience to justify such claims just begs the question.

Huxley commented, “Those who refuse to go beyond fact, rarely get as far as fact.”

Of course, there is a danger in pathological faith that is so averse to this pain that it is unreceptive to challenge by facts or to interaction with others having contrary views.

In love, we might call this obsession. In religion, we call it fanaticism. In science, we recognize entrenched paradigms or falsification-resistant core beliefs.

The wonderful thing about science is that it entails a more straightforward (though still somewhat murky) procedure for rejecting false answers. But it achieves this, in part, by asking smaller questions.

Present to varying degrees in all domains, faith itself is not a pathology. It is a means to both apprehend and experience reality, in conjunction with other means.

As we currently understand evidence and proof, are the pandemic, climate change, slavery, the Holocaust, Putin’s War, and Trump’s Big Lie etc evidence or proof of the existence or nonexistence of an omniscient and omnipotent deity? 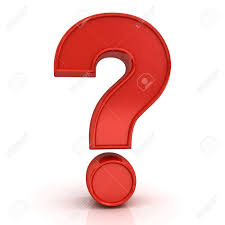