A Page From The Dictator’s Playbook

In a display of complete and utter disrespect for the rule of law, and a manifestation of the abject lawlessness that has clearly consumed this administration, the Department of Justice has ‘dropped charges’ against Gen. Michael Flynn.

Many of us in the legal sphere wonder how it makes any kind of sense for a prosecutorial entity to drop the charges against a criminal defendant who has already pled guilty to them. 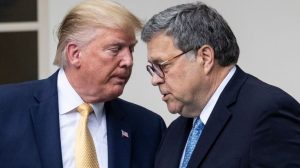 But then, this is Donald Trump and his DOJ fixer, William Barr, who have no intention of functioning like public servants in the world’s oldest democracy.

Instead, they’re taking a page out of the contemporary dictator’s playbook, which says to absolve political allies and arrest political enemies…

You needn’t be a rocket scientist to surmise that the Trump/Barr plan may well entail an attempt to criminalize political enemies and deligitimize, or neutralize, political opposition in the name of ‘national security’ or ‘national defense’, and have people like Joe Biden, Nancy Pelosi, Chuck Schumer, and Adam Schiff arrested and detained….

You can already hear the Trump rally chants of “lock him/them up”. 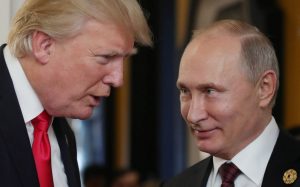 ‘The problem, of course, is unlike places like Russia, North Korea, and China, where such nefarious political activity is routine, the Constitution represents an impediment and inconvenience that the political leaders Trump most admires don’t have in their way.

The solution for the Trump/Barr dictatorial conspiracy might be to take the advice of people like Putin, and simply ignore constitutional constraints altogether….

This may seem a bit far fetched, but try to keep in mind that this is Donald Trump we’re talking about.

These two imperious imbeciles are dumb enough to go after Barack Obama for being President while black.

The truly sickening, and supremely dangerous, aspect of this is the fact that about 40% of the voting populace would be in support or in favor of such idiotic lunacy….

That kind of illness makes the coronavirus look like a case of schoolyard sniffles in comparison.