A typical white male, “law & order”, Republican is now suggesting that street violence is a legitimate response to failure at the polls and in the courts….

If this isn’t the epitome of white privilege hypocrisy, there’s no such animal…

Trump wants and needs a sudden outbreak of confrontational violence in the streets in order to justify a declaration of martial law and calling on the military to restore order and provide a rationale for ignoring the Constitutional transfer of power on January 20th….

Trump rose to political prominence and power on the false challenge to the legitimacy of the first black president.

Today, he is attempting to cling to power on the false challenge to the legitimacy of black and brown votes.

So here’s my question:

When, oh when, will you white people put and end to this shit? 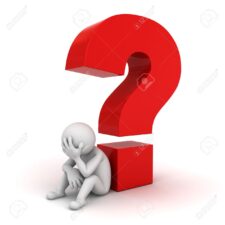 74 million of you would rather put an end to democracy…. 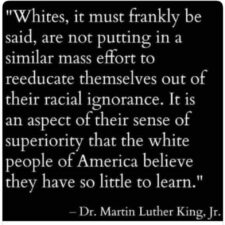 The message that is repeatedly transmitted is that the ‘inherent superiority of white people’ is an element of a ‘divine plan’ or scheme of creation….

This ‘message’ has been, and is, encoded and embedded in virtually every aspect of mass communication, not as a ‘dog whistle’, but the underlying assumption upon which human interaction in Western Civilization is predicated…

From genesis to the nightly news, and all the commercials in between, the message that white people are superior and entitled is repeated incessantly….

This ‘fraud’ has been continuously and incessantly perpetrated and perpetuated by white people against the remainder of humanity for nearly 1000 years.