The Seven ‘A’s of National Unity and Healing

Republicans are already calling for national unity and healing.

As I see it, these are the conditions precedent to any such movement.

The historic 2nd impeachment of Trump for incitement of an insurrection partially covers this requirement. Criminal indictments and charges against participants and resolutions of censure and/or removal of complicit elected officials can go a long way toward completion of this element…

That the words and behavior at the Capitol leading up to and including the 6th of January amounted to the criminal offenses of sedition and insurrection and, as such, also rise to the level of impeachable offenses.

Of participation and complicity on the part of those identified and accused of wrongdoing.

Verdicts and Findings of guilt by appropriate authorities and tribunals.

Of the veracity and validity of any and all verdicts an findings by all involved and the nation writ large.

Sincere expressions of contrition on the part of parties found to be guilty.

Entering into service of sentences and any restitution required as punishment or the required lawful consequence of being guilty of the offenses charged.

Unless all or most of these conditions are met, there can be no National unity or healing, and we can look forward to nationwide repetitions of what took place in the Nation’s Capitol last week… 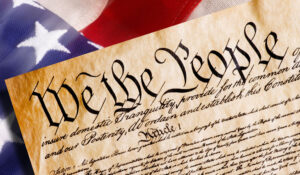