Going missing and catching up 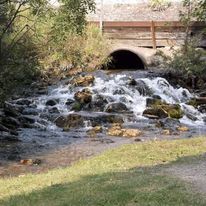 I keep going missing and then coming back.

I love elections.  That’s something that everyone who knows me knows.  I love ALMOST EVERYTHING having to do with elections.  You know what I do NOT love about elections?  I don’t love the 18 hour days for more than 6 weeks.   This year I REALLY don’t love the death threats from Trumpty Dumbty supporters.

In a jurisdiction that is HEAVY on the Trumpty Dumbty supporters, and that would honestly support ANY Republican, even Satan himself, the claims I hear people spouting around me cause me to shake my head and question their sanity.   I’ve asked a fair few if they noticed that all of the phone lines in the polling place are on the OPPOSITE side of the building and there weren’t any cords plugged into the tabulator other than the electric plug… ‘Well, yes” they say… and yet they STILL believe some company in Frankfurt Germany and Barcelona Spain somehow magically got into our tabulator and changed their votes.

I’ve spent YEARS getting this jurisdiction to 90% plus voter turnout in every election… earning people’s trust… doing things to encourage people to show up and make their voice heard… and Because the kumquat rectal sphincter claims “democrats cheated” and I’m a Democrat … our election results are allegedly invalid according to his supporters.   Damn well insane.

I got absolutely swamped with three elections this year (was supposed to be 4) BUT Covid 19 eliminated one of them and some idiot exposed me to Covid 19 at two others… so I’ve spent a bunch of time in quarantine.  Quarantine wouldn’t be so bad but I have SIX grandkids here so it lasts for WEEKS because I need to be sure the kids don’t GET the damn illness OR give it to me.

I need a damn vacation.