There is something inherently wrong with a political process and system that requires a person to spend more money to get elected than he/she could possibly earn as compensation for holding the position to which he /she is elected.

There is something inherently wrong with a process or system of government that permits an elected official to leave office with more wealth than the accumulated/compounded value his/her official gross salary is worth over the period of tenure in office.

There is something inherently wrong with a democracy that demands nothing of its citizens beyond the timely payment of taxes.

There’s something inherently wrong with a ‘democracy’ that doesn’t provide citizens with education sufficient to maintain the system of self government and self determination.

There’s something inherently wrong with a ‘democracy’ that would allow an office holder to stay in office for a period which is greater than a term in prison for a convicted murderer…. 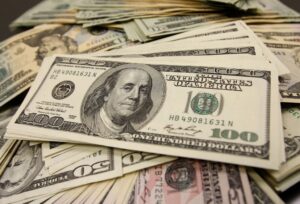 Why income disparities are difficult to address and resolve:

“It is difficult to get a man (or woman) to understand something, when his or her) salary depends on his (or her) not understanding it.”