In gathering material for his new book, ‘Rage’, Bob Woodward interviewed Trump 18 times for a total of 9 hours that were recorded for the record.

There is no need for further speculation.

Trump’s inaction and nonresponsiveness to the existential threat and fact of COVID19 are the result of malicious intent to deceive the public, not stupidity, ignorance, and/or incompetence:

“In criminal law, intent is a subjective state of mind that must accompany the acts of certain crimes to constitute a violation. A more formal, generally synonymous legal term is scienter: intent or knowledge of wrongdoing.” —Wikipedia

Because he knowingly  and intentionally lied to the American people and misled the public about the nature and extent of COVID19, Donald Trump should be held criminally liable for the deaths of more than 190,000 Americans… 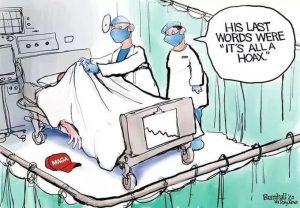 People who support Trump are not drawn to his policies. They support him because they hate the people who hate his policies more than they favor Trump…. 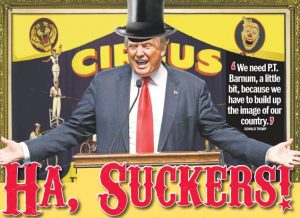