We ran the table and won the government in a clean sweep, it’s time to act like it! 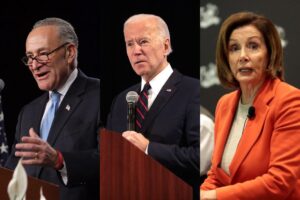