Racism and Guns in America

Fear of slave revolts and indian insurgencies was an element of the primary motivation for the Declaration of Independence and the Second Amendment:

“He has excited domestic insurrections amongst us, and has endeavored to bring on the inhabitants of our frontiers, the merciless Indian savages, whose known rule of warfare is an undistinguished destruction of all ages, sexes and conditions.”

In the context of the 18th century, “domestic insurrections” refers to rebellious slaves. “Merciless Indian savages” doesn’t need much explanation.

Advise and urge black people to exercise their 2nd Amendment right to keep and bear arms:

Back in the 1960s, even the NRA supported gun control to disarm the group.

In 1967, 30 members of the Black Panthers protested on the steps of the California statehouse armed with .357 Magnums, 12-gauge shotguns and .45-caliber pistols and announced, “The time has come for black people to arm themselves.”

The display so frightened politicians—including California governor Ronald Reagan—that it helped to pass the Mulford Act, a state bill prohibiting the open carry of loaded firearms, along with an addendum prohibiting loaded firearms in the state Capitol. The 1967 bill took California down the path to having some of the strictest gun laws in America and helped jumpstart a surge of national gun control restrictions.

“The law was part of a wave of laws that were passed in the late 1960s regulating guns, especially to target African-Americans,” says Adam Winkler, author of Gunfight: The Battle Over the Right to Bear Arms. “Including the Gun Control Act of 1968, which adopted new laws prohibiting certain people from owning guns, providing for beefed up licensing and inspections of gun dealers and restricting the importation of cheap Saturday night specials [pocket pistols] that were popular in some urban communities.”

In contrast to the NRA’s rigid opposition to gun control in today’s America, the organization fought alongside the government for stricter gun regulations in the 1960s. This was part of an effort to keep guns out of the hands of African-Americans as racial tensions in the nation grew. The NRA felt especially threatened by the Black Panthers, whose well-photographed carrying of weapons in public spaces was entirely legal in the state of California, where they were based.

You may Read the entire piece at: 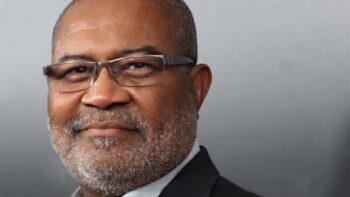 Thaddeus Morgan is a Digital Producer for A+E Networks, where he manages and creates content for HISTORY and FYI. But he’s much more than a title.

Born in Atlanta, GA, Thaddeus majored in Bio Pre-Med at Xavier University of Louisiana in 2008 for one year before re-evaluating his career path. In 2009, he transferred to Georgia State University, majored in Journalism and never looked back…