The Evil That Men Do

They began calling for free, compulsory school for every child in the nation. … Massachusetts passed the first compulsory school laws in 1852. New York followed the next year, and by 1918, all American children were required to attend at least elementary school.

By the mid-19th century, the role of the schools in New England had expanded to such an extent that they took over many of the educational tasks traditionally handled by parents.

All the New England colonies required towns to set up schools, and many did so. In 1642 the Massachusetts Bay Colony made “proper” education compulsory; other New England colonies followed this example. Similar statutes were adopted in other colonies in the 1640s and 1650s. In the 18th century, “common schools” were established; students of all ages were under the control of one teacher in one room. Although they were publicly supplied at the local (town) level, they were not free. Students’ families were charged tuition or “rate bills.”

The larger towns in New England opened grammar schools, the forerunner of the modern high school. The most famous was the Boston Latin School, which is still in operation as a public high school. Hopkins School in New Haven, Connecticut, was another. By the 1780s, most had been replaced by private academies.

The phrase, ‘in loco parentis’, Latin for “in the place of a parent” refers to the legal responsibility of a person, organization, or government to take on some of the functions and responsibilities of a parent. Originally derived from English common law…

In America this underlying philosophy was/is particularly and especially true of both public and private schools. The concept was applied across the spectrum of what became the educational establishment.

Teachers, counselors, school principals, superintendents, boards of education, and boards of trustees all were/are expected or required to function and act “in loco parentis”, in the ‘best’ interest of the children whose education was ‘mandated’ by a system and network of state and local laws and administrative rules and regulations.

Government mandates which pertain to the health and well-being of children as they are adhering to the universal mandate which requires attendance in school should be perceived to be as legitimate and as enforceable as the universally accepted societal imperative that makes school attendance fundamentally  mandatory.

In short, government mandates re public education and public health are as American as apple pie and the flag. 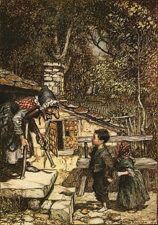 From trolls under rural bridges to witches in thickly wooded forests and mountain-top castles, a tenet of Western Civilization and culture and tradition is:

Refusal to cooperate, enforce, or comply with mandates that require wearing of masks or receiving vaccines in the name of public health and the protection of children attending school is, at best, disingenuous and hypocritical.

In short, it is patently Un-American and evil….

The government officials who have chosen to violate their oaths and the public trust by pushing back and railing against mandates that have been promulgated to protect and defend school children against a deadly virus would do well to heed this admonition:

“The evil that men do lives after them; the good is oft interred with their bones.”